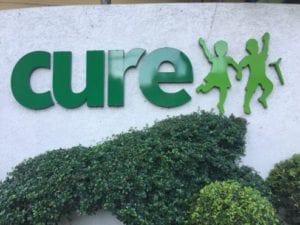 Over the years I have been involved at the Cure International Hospital in Santo Domingo in Dominican Republic. The building had a variety of problems including rain water leaks. Cure decided to shut down the operation in Santo Domingo and relocate as much medical equipment to their other hospitals as practical. They elected to remove the x-ray unit I installed 2 1/2 years ago and send it to Uganda. They have asked me to install the unit in Uganda so I requested that if I could deinstall it from DR so I know where all the parts were. 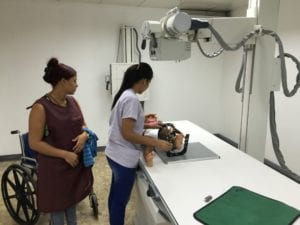 After testing the x-ray unit for function and calibration, I carefully and methodically dis-assembled the x-ray unit and Computer system with the CR scanner labelling all the cables and connectors. We packaged the parts and pieces into boxes which were also labelled for con-tents. Next, we started the crating process.

Cure had hired a local carpenter and helpers to build the crates. After watching the local carpenter and his helpers, Jason and I decided to take over so we got to the hospital soon after 7 AM. We built two crates before the carpenter and his helpers arrived at 9 AM. We were ready to ship the x-ray equipment by 10:30 AM which was 4 crates. The movers came at 11:00 AM and loaded the crates and mobile shields in just over an hour. These were big crates weighting close to 1000 LBs each. It was actually entertaining to watch their 6-8 guys and a pallet jack load these big crates on a very busy street. 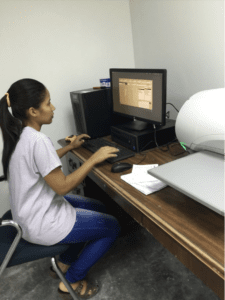 Unfortunately, we ran out of materials and had to wait about 3 hours. The expected arrival time for the materials was 1 PM and the delivery time was 3:30 PM. The carpenter and minions built the crate for the c-arm which was very complicated because of the size and internal bracing. Jason and I built 4 more crates until 6 PM. We have 2 more small crates tomorrow morning to finish. We were close to finishing.

We did not ask the carpenter and his minions to help on Saturday. After wrapping the devices in many layers of bubble wrap, we arranged the components in the last two crates. We finished at about 10:03 AM Saturday. Clean up was handled “BY OTHERS” as we did make a pile of saw dust. All totaled, there were 8 crates of which 4 of them were double pallets. I believe we used over 400 screws. No wonder my hands were a bit stiff. Jason did the inventory of model numbers and serial numbers along with writing the information on the outside of the crates. The final items were pickup on Monday after we left.