Solar System before the installation of new 4 KW solar array for the guest house. Giving them a refrigerator, freezer, lights and fans 24 hours a day. 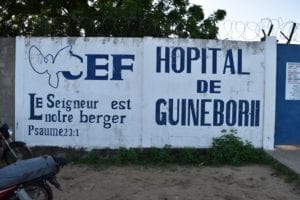 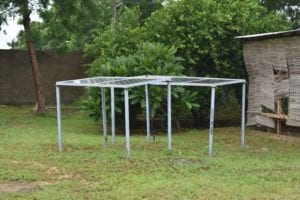 Team Picture taken in front of the completed 4 KW solar array for the guest house. 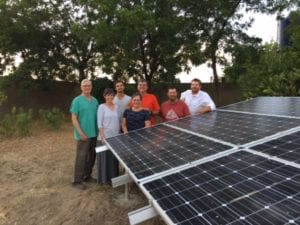 Dramatic change on the roof of the Operating Theatre Building. Notice the two small solar panels on the roof behind me. We installed four 3.6 KW arrays. 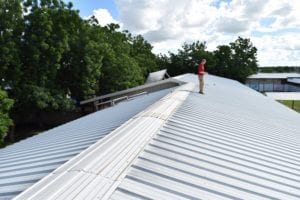 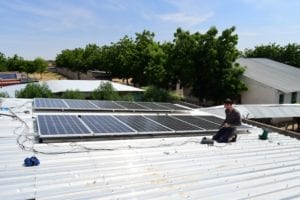 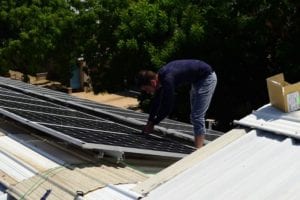 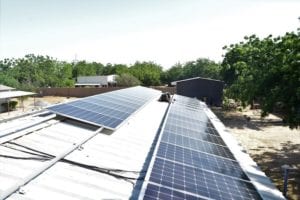 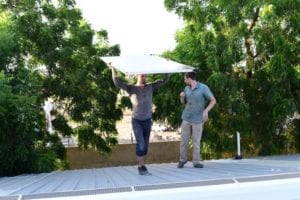 Before—400 wats of solar controller and Inverter for the OR… 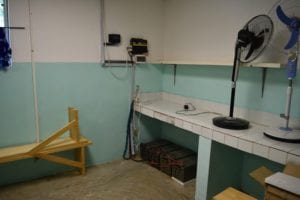 After—18 KW of state of the art Scheider Inverters and solar controllers along with 800 AHr of AGM Batteries. 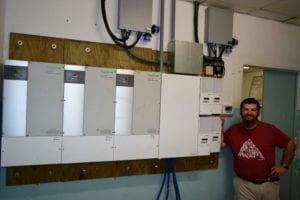 Before—600 wats of solar power for two missionaries houses. 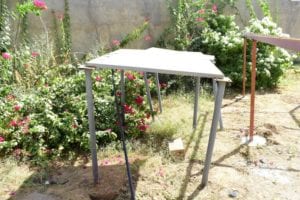 After—1.8 KW of solar capacity on a stable ground mount base for the two missionary houses allowing them to have electric refrigerators fans and lights for 24 Hours per day. We also installed new solar controllers and inverters. 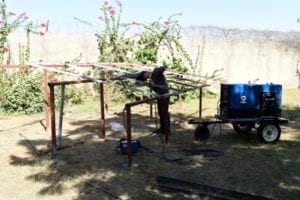 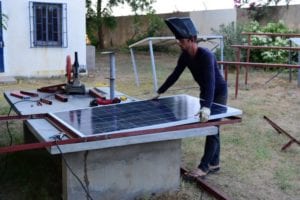 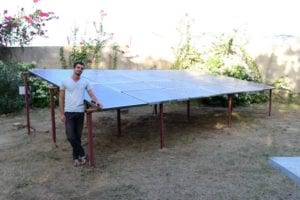 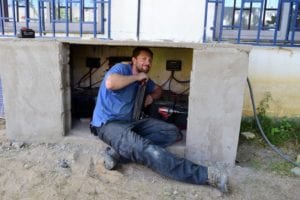 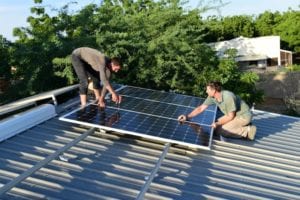 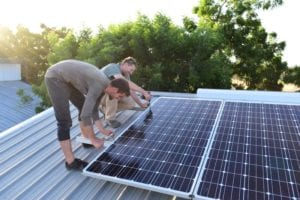 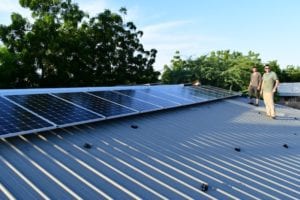 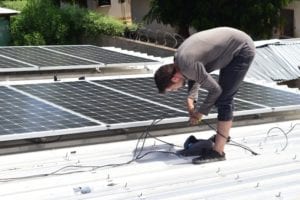 4 KW solar array and inverter system on the Maternity Ward which also powers a water pump. 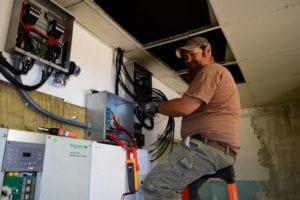 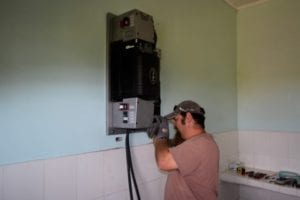